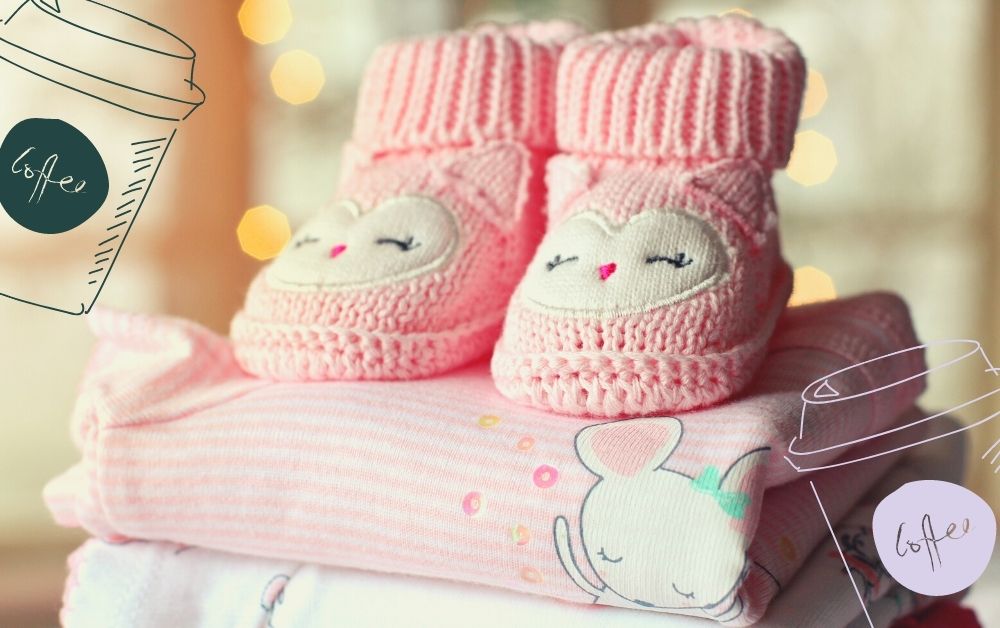 When it came time to choose a name for my Franco-American daughter, we had a somewhat difficult task! Not only did we want to choose a name that wasn’t too “out there,” but we also needed it to sound approximately the same in French and in English. For anyone who might be in the same predicament (not likely), or even just for Francophiles who want to add a French twist to their baby’s name, you’re in the right place! Enter the most popular French baby names for 2020.

Trust me on this. When I had a little look on the internet about this topic, I knew I needed to add my voice to the noise. Why? Because I saw far too many non-French people recommending names that would have quite frankly been laughed at in France today.

Like, Pierette. No one under 50 is named Pierette in France today. You’d be giving your baby a dated name. Sorry! (Maybe Juliette is an exception.)

Yes, “old fashioned” names are coming, well, back into fashion—but not all of them. In the example above, the ending –ette was once popular but is no longer de rigueur among the most popular French baby names.

So I set out to make a list for you in case you’re curious about what millennial mamas in France are really naming their girls and boys!

Make yourself a nice cup of French press coffee and enjoy perusing the most popular French baby names, their meanings, and the only pop culture references that count!

Gracious, dear in Slavic; word in Hebrew, and miracles in Spanish. Mila was the housekeeper of the head of the Obsidian Order.

Graceful. Anna has its roots in Hebrew and is a form of Hannah. But the French don’t pronounce Hs, so sake of ease would suggest the simpler spelling of Anna. Anna is the Princess of Arendelle in a certain Disney franchise, which I am sure contributes much to the popularity of the name today.

Rose. Straightforward and simple. Rose has its roots in Greek. Rose did not have enough room on the floating debris for Jack.

Weary. Léa has its roots in Hebrew. In English, we would spell it Leah. She was the wife of Jacob in the Bible, and also the twin sister of Luke in a galaxy far, far away. Famous French Léas include actresses Léa Seydoux and Léa Drucker, as well as journalist Léa Salamé.

Tender, light. Lina is a short form of names ending in –leen, –lena, –lene, –lina, and –line. The long form names have their roots in Croatian, Danish, Dutch, English, Finnish, German, Italian, Norwegian, Russian, and Swedish. I was shocked that, despite its presence in so many forms and in so many languages, I was unable to find any pop culture references to Lina! Quick, someone start a franchise.

Young grass. Chloé has its roots in Greek. She was the goddess of green grain. Chloe Talbot was a high school friend of Marge Simpson.

Truth in Greek, and noble in Old German. Alice was the adoptive sister of a certain vampire Edward, and another Alice was the mother of Neville Longbottom.

Famous woman warrior. Louise has its roots in Old German. Of course, Louise is a feminine form of Louis, who makes the list of top 10 boys’ names. There are many notable Louises, including Louise Brown, the first person to be born after a successful IVF treatment in her mother.

Jade (a green stone) has its roots in Spanish. She is a DC Comics superhero as well as a character from Mortal Kombat. Yeah, she kicks ass.

Universal; nurse. Emma has its roots in Old German. It is a short form of Emily (in French, Émilie). Emma is the protagonist in Gustave Flaubert’s Madame Bovary and in Jane Austen’s Emma. The Harry Potter franchise has two Emma actresses to thank for the characters of Hermione Granger and Professor Trelawney.

Determined guardian. Liam is an Irish form of William (in French, Guillaume). Good strong name. There are plenty of celebrities who share the name: Liam Gallagher of Oasis, and actors Liam Hemsworth and Liam Neeson.

Intelligence. A form of Hugh. Hugo can be a nod to Victor Hugo, the beloved French writer and activist. We also love Hugo Lloris, the captain of the French national football (soccer!) team.

Youthful. Jules is a French form of Julius, a certain Roman emperor. Jules is a character in the infamous Nouvelle Vague genre French movie, Jules & Jim, and Jules Verne was another popular French author responsible for Twenty Thousand Leagues Under the Sea, among others.

Noble in Celtic, and bear-hero in Welsh. The most obvious reference here is King Arthur, but remember Sir Arthur Wellesley who defeated Napoleon at Waterloo, and also Ser Arthur Dayne from GoT!

Man of the red earth. Adam has its roots in Hebrew. Adam was the first man created by God in the Bible. Could it be the most popular boys’ name of all time? Quite possibly. Thank goodness we have Adam Driver as our poster boy for this one!

Lucas is a form of Lucius (Latin; bringer of light) or Luke (Greek; from Lucania). So Lucas is related to either Lucius Malfoy or Luke Skywalker. There’s a slight chance your little boy might have to one day square with the dichotomy of good and evil.

Renowned warrior. Louis has its roots in Old German. We have Louis Pasteur to thank for pasteurization, and Louis Braille to thank for, well, Braille. Countless kings and princes have born the name throughout history—oh, and there’s Louis Vuitton, too.

Lion. Léo has its roots in Latin, and is a short form of Leonard and Leopold. When looking through some famous Leos, I realized there’s really only one needs mentioning: Leonardo DiCaprio.

God has healed. Raphaël has its roots in Hebrew. Raphael was an archangel in the Bible and another Raphael was one of the four Teenage Ninja Mutant Turtles. What more street cred could your little boy need?

Devoted to God. Gabriel has its roots in Hebrew. He was the Archangel of the Annunciation. Gabriel Lewis worked in The Office in the sixth season, and Peter Gabriel was the lead singer of Genesis.

What name will you choose?

As you can see, the most popular French baby names for 2020 often end in –a. In addition, many are short, with only one or two syllables and an average of five letters.

The good news is, the most popular French baby names are recognizable to Anglophones, making the above names great choices, even if you are not French! You can still pick a trendy French name for your baby.

For further reading, I would recommend you check out these posts:

Did you see any names that you love? Maybe you already have given one of these names to your baby? Let me know how you feel about these names.

Save this post, and come back to it later! Just pin the below image for easy reference.

Treating infants with respect: An introduction to RIE parenting 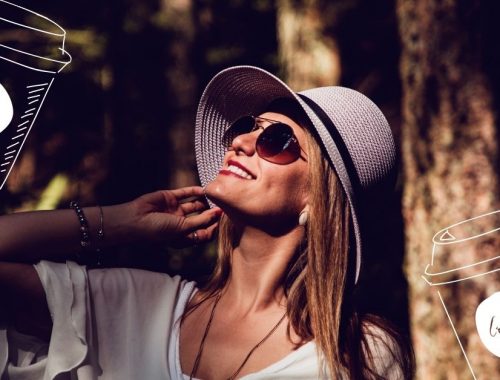 Parenting Strategies I Do Not Use, Part Un 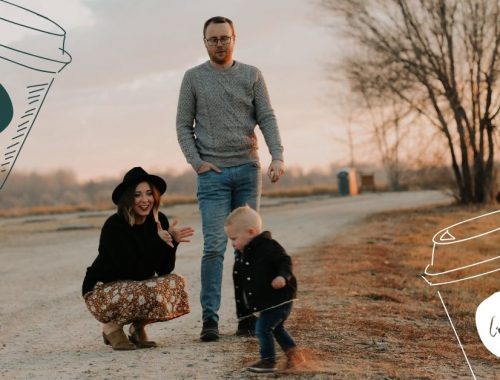 Tips for enjoying a walk with your baby or toddler 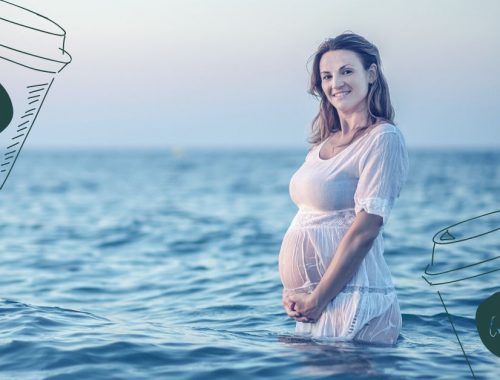 Ever wondered how women in France prepare for birth? 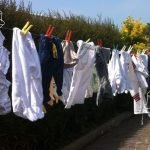 What I could tell myself in 2018: my advice for new mamas 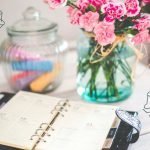 Habits of a highly organized busy mama you can implement today